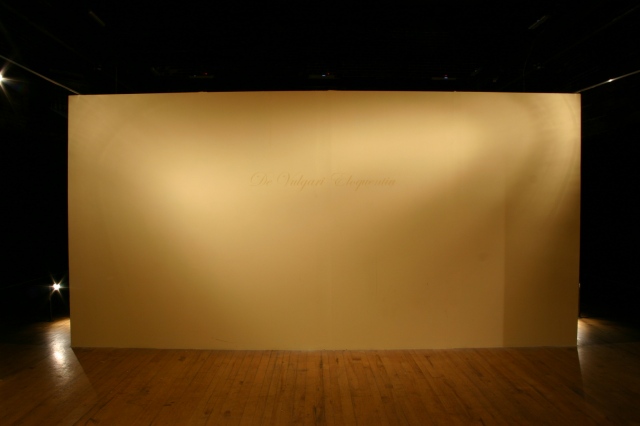 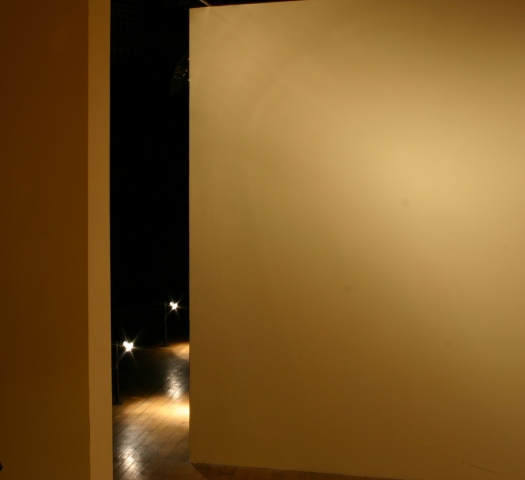 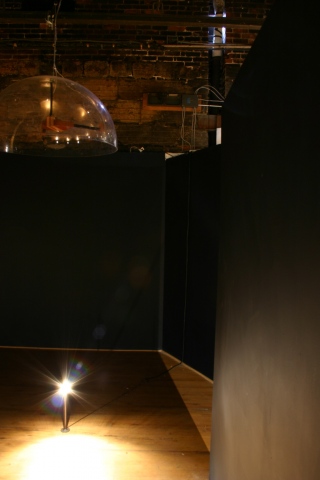 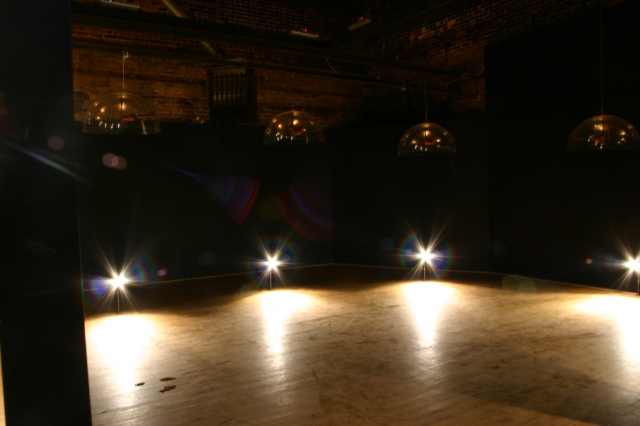 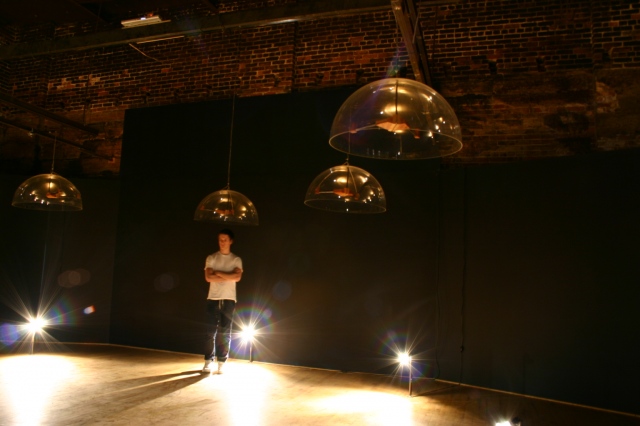 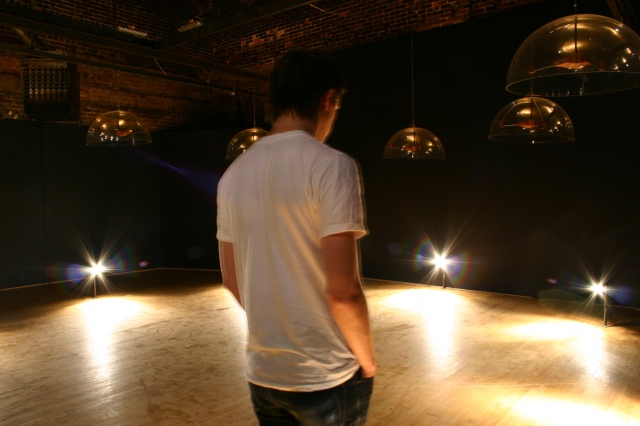 Site-specific sound installation as an examination of the myth that language is a concrete form and understanding comes from the Cartesian scientific model and an idealized position of learning.

The biblical story of the original Confusion of Tongues (or birth of a diversity of languages) was translated using Babelfish between English and Spanish roughly 50 times. The original, in process, and resulting text was recorded in both languages, and played back at different speaker locations in the piece. 7 sound-localizing speakers were positioned in an arrow. The listener could enter on either side of the piece, hearing either the English or Spanish recordings.

“In De Vulgari Eloquentia, which refers to Dante’s desire for a transparent language through the examination of dialects and speech (or “vulgar language” in relation to high Latin, or a formal language), the listener follows the process of the texts and language becoming one another both aurally and physically. Language historically adapts itself to changing situations, such as geographic displacement, cultural assimilation or territorialization. Yet the blending of languages has not yielded a universal transparency of meaning, nor may it ever. This futility of an idea of utopian universality is “staged” in this piece in how the biblical story of the Confusion of Tongues breaks down through continuous translation back and forth between English and Spanish (both colonial languages). As the texts adopt aspects of each other in an attempt to assimilate, grammatical structure breaks down and understanding becomes difficult. The viewer follows this process to a perceived ideal endpoint, only to be confronted with babble. The dialogue circles through the space, moving back and forth between clarity of structure and nonsense, neither of which yields an essence of meaning.”